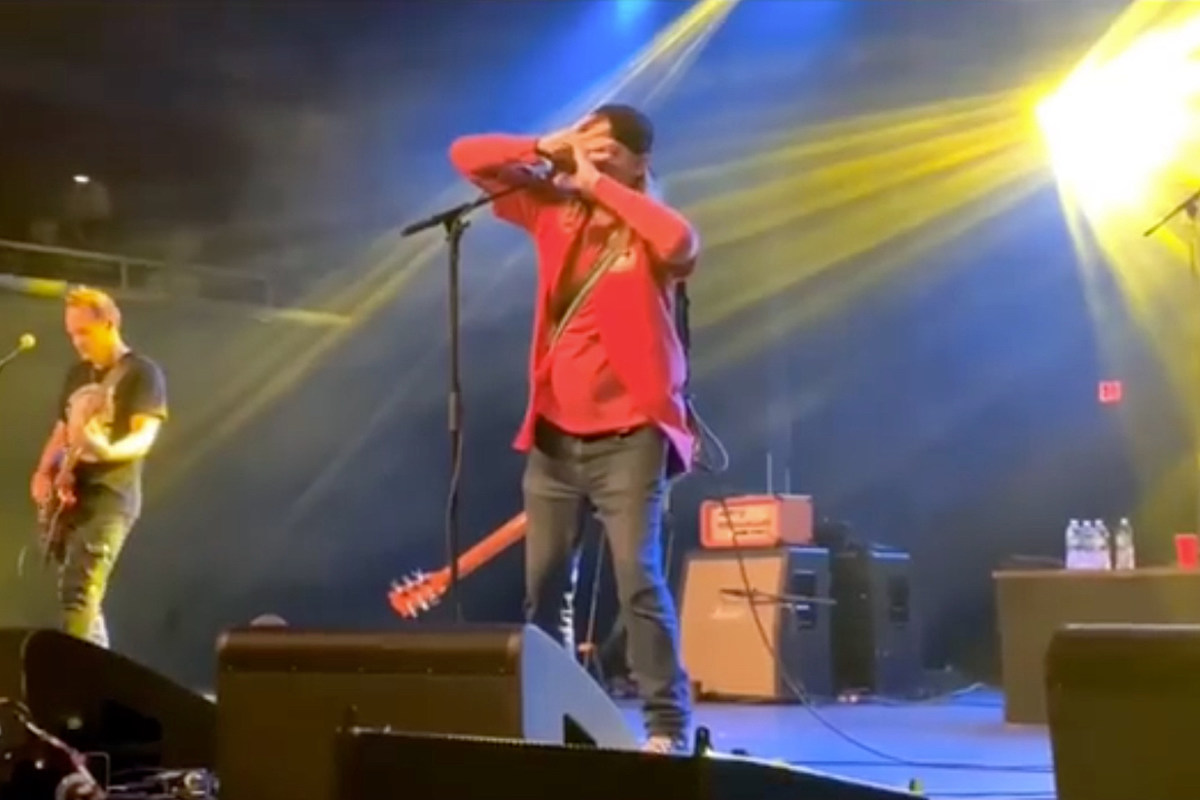 Puddle of Mudd singer Wes Scantlin reportedly walked offstage mid-set during the band’s performance last Saturday (Nov. 20) after complaining about the stage lights and verbally sparring with the voice of an apparent sound person who clapped back at him.

That’s what seems to happen in fan-captured video of the Puddle of Mudd performance at Epic Event Center in Green Bay, Wisconsin, that’s circulating on Facebook, as Blabbermouth reported.

Watch the video down toward the bottom of this post.

At the start of the clip, Scantlin covers his eyes from the stage lights. He later explains to the audience, “I don’t know why the lights have to be blinding me for this whole show. Hell, now I can see all you people. But if you guys were standing up here where I’m at right now, it’s like a fucking flashlight blinking in your fucking head. And I don’t think that’s fucking cool.”

At that point, an unseen person speaks back at the singer through the sound system, saying in a sarcastic tone, “Whoa, that was a deep thought, man.”

Scantlin retorts, “Sounds like a fucking motherfucking idiot to me. Fuck you, motherfucker. Yeah, and then look, out of nowhere, here’s another fucking douchebag fuck. Yeah, well, I got a flashlight too, motherfucker.”

The video then shows Scantlin singing a few bars before he abruptly stops performing. As the band keeps playing, he unplugs his guitar and turns off his amplifier before exiting the stage without announcement, seemingly never to return. (The band continues to play, perhaps waiting for him to come back.)

Scantlin has a history of walking offstage during Puddle of Mudd performances, such as when he exited a show mid-song in Dallas in 2017 or when he scolded a sound person and left the stage in Pennsylvania the year prior. The musician has since entered rehab and said he had nearly a year of sobriety under his belt in 2018. Puddle of Mudd’s debut album Come Clean celebrated its 20th anniversary this year.

15 Artists Who Hated Their Own Songs