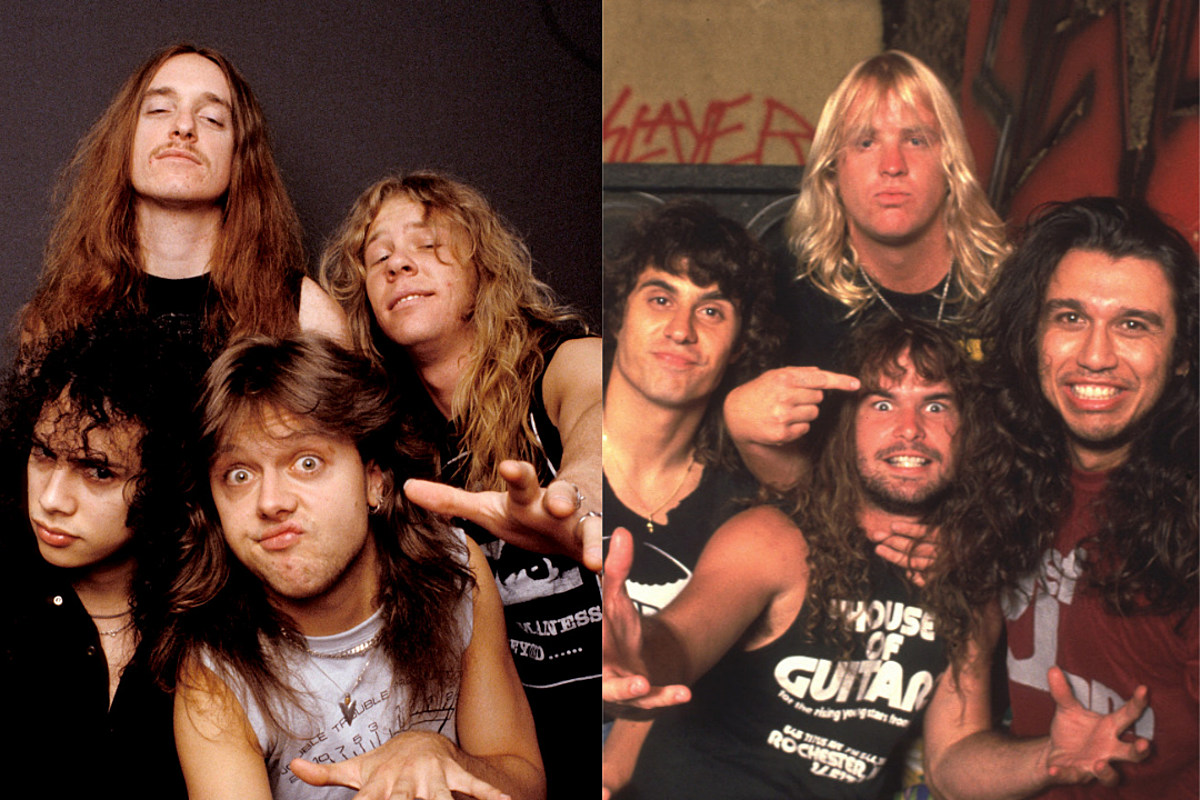 It’s remarkable when you think about how close the “Big Four” thrash metal bands are in origin. Dave Mustaine originally played in Metallica before he formed Megadeth; Kerry King was in an early iteration of Megadeth before fully committing to Slayer. And both Metallica and Slayer made their recorded debuts courtesy of Metal Blade Records.

Diehard thrash metal fans know well the early tales of all four acts (the fourth being Anthrax), especially Metallica’s emergence with “Hit the Lights” on Metal Blade’s 1982 Metal Massacre compilation. It was followed by Slayer’s “Aggressive Perfector” on 1983’s Metal Massacre III. How much closer could you get?

Close in proximity, anyway. According to Metal Blade founder Brian Slagel, Metallica and Slayer weren’t close in other ways. Except for when it came to trying to spy on each other through him.

He continues, “It was, ‘Who’s faster? Who’s heavier?’ They actually played together early on in Orange County. It was really early in Slayer’s career — it was probably only the second or third gig they had played. I’d forgotten about it until someone put a flyer online! I mean, what a gig to forget about!”

Kerry King recalls his first time seeing Metallica at Woodstock Concert Theatre, also in Southern California. (Dave Mustaine was still on guitar before being replaced by Kirk Hammett.) But rather than remembering any rivalry, he cites Metallica as an influence on Slayer.

King says, “I like speed metal or thrash metal — which hadn’t been named yet — which is what they were to me. I liked what they were doing with it, and I was already into Venom. I think that a cross between Venom, [Judas] Priest and Metallica kind of made Slayer what Slayer is.”

He adds, acknowledging the established musical foe of thrash, “Rather than them being competition at that point, we were all competing against glam.”

Glam or not, thrash metal has further blossomed and branched out since back in 1983. And listeners have Metallica, Slayer, Megadeth and Anthrax — and plenty of impactful thrash from bands not in the Big 4 — to thank for it.

The Best Thrash Album of Each Year Since 1983

A history of the best thrash metal albums, year by year.