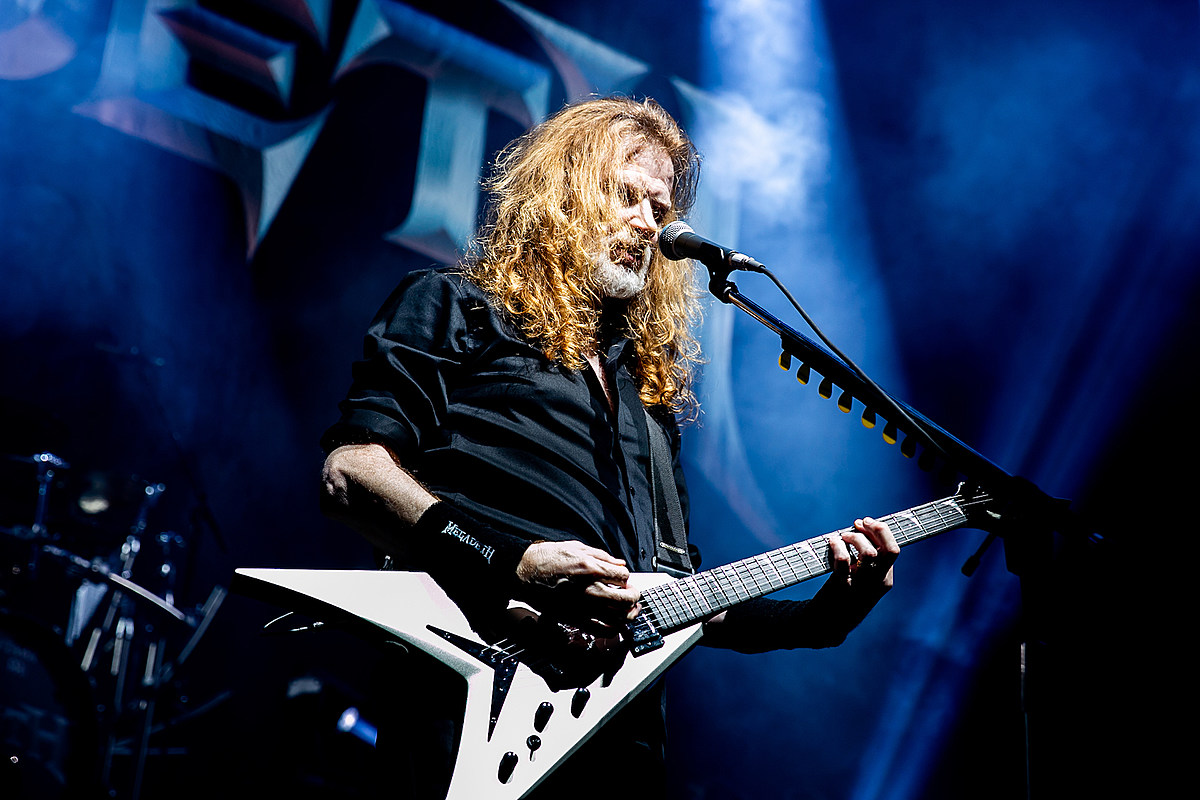 Megadeth’s long-awaited new album The Sick, the Dying and the Dead is set for release in spring 2022, according to an interview with Dave Mustaine in American Songwriter magazine.

The veteran metal group shared the interview with their bandleader last week (Nov. 15). It covers Mustaine’s recovery from cancer and his recent endorsement of Gibson Guitars in addition to examining the meaning of the upcoming album’s title track, which the 60-year-old musician explained is about the Black Death, the 14th century bubonic plague.

It’s “a historical journey of how the plague started and where it went, starting with rats on ships carrying the disease, coming ashore in Sicily,” Mustaine said. “‘Ring Around the Rosie’ was the ring on your cheek, the [rash] that would show on your cheeks from the plague.”

He also talked about how The Sick, the Dying and the Dead builds on guitar riffs from Megadeth’s entire history, saying, “A lot of the riffs have gotten saved over time. A brand new song can be made up of something I wrote when I was 15 or 55. If it’s a good riff, I’ll save it.”

Elsewhere this month, in a Mustaine greeting sent on Cameo — the video-sharing app where a user can pay a fee to have the rocker send a personalized video message to themselves or others — the musician was asked his favorite Megadeth guitar solo he wrote.

“It’s kind of hard to say because there’s certain solos that have a great payoff, but we haven’t played ’em live for so long,” Mustaine replied. “I’ve forgotten so many of them — 200 songs and all of the solos and stuff. Out of the songs that we play live that I’m really familiar with, the solos that we play that we like, I like ‘The Threat Is Real.’ I love ‘Holy Wars.’ ‘Wake Up Dead’ is a great solo for me to play too. … That was one of my first really big solos that got everybody interested in Megadeth — that and ‘[In My] Darkest Hour.'”

Earlier this year, Megadeth parted ways with longtime bassist David Ellefson amid a sex scandal involving the band co-founder. His bass parts on the new album were said to be replaced, though it’s currently unknown who replaced them. James LoMenzo took his spot on tour.